The M2, Apple’s follow-up to the M1 processor and its next-generation silicon chip, was introduced in June 2022. The M2 chip is covered in detail in this tutorial, including performance enhancements and additional functionality.

Apple’s newest System on a Chip (SoC), the M2, was created for usage in Macs and iPads. It represents Apple’s ongoing efforts to move away from Intel CPUs, which were utilized in Macs up to 2020.

The M2 powers the various features in the Mac as a “System on a Chip” by integrating a number of different components, including the CPU, GPU, unified memory architecture (RAM), Neural Engine, Secure Enclave, SSD controller, image signal processor, encode/decode engines, Thunderbolt controller with USB 4 support, and more. 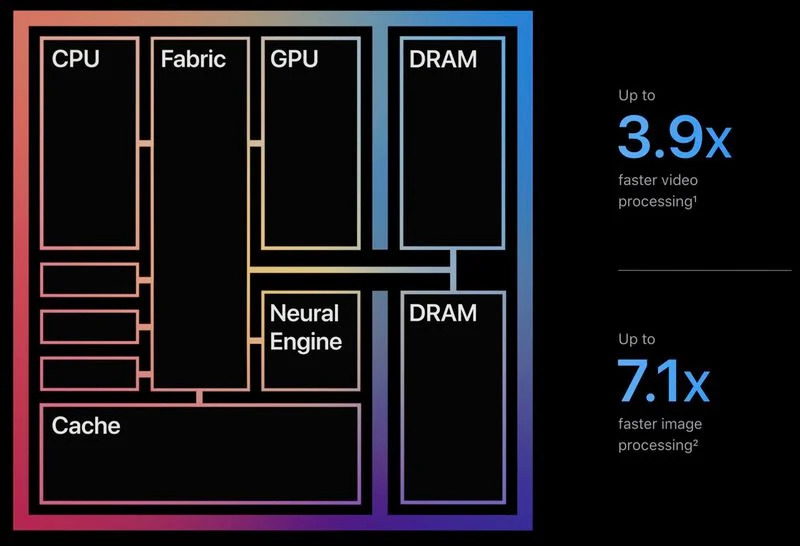 Apple’s efforts to integrate these chips are the reason the M2 is far faster and more effective than Intel processors. Prior to Apple silicon, Macs utilized numerous chips for the CPU, I/O, and security. the combined

The unified memory architecture included in the M2 chip allows the CPU, GPU, and other processor elements to access the same data pool without having to duplicate data between them.
Due to the lack of user-accessible RAM in most Macs, this memory architecture means that the RAM cannot be upgraded by the user.
Even the minimum 8GB of RAM on M2 Macs is sufficient for daily operations.

There are four high-efficiency cores that use a tenth of the power for jobs that are less demanding and don’t need as much power, such web browsing, to prolong battery life.

Apple claims that the M2 processor has improved performance per watt and is constructed using cutting-edge 5-nanometer technology. 20 billion transistors are present, which is 25% more than the M1, increasing memory bandwidth at a rate of 100GB/s.

According to Geek bench benchmarks, the M2 chip performs multi-core operations up to 20% quicker than the M1 chip.

Apple eventually released the M1 Pro, M1 Max, and M1 Ultra after the M1 chip, and the same will happen with the M2 chip.
The M2 Pro and M2 Max CPUs, which Apple is developing, might launch as soon as this year.

In addition to having up to a 38-core GPU, the M2 Max chip is anticipated to have a 12-core CPU, an increase from the M1 Max’s 10-core CPU.
The M2 Max will experience some noticeable speed increases because the M1 Max has a 32-core GPU.